Top 10 Celebrity Teenagers in Nigeria 2020 – Do you know that, there are much younger talents raving the internet everyday? Do you know there are gifted children who are not just doing what those older celebrities do but they actually do it well?

We bring you Most current Top 10 Celebrity Teenagers in Nigeria 2020. They are extremely smart, talented, focused and courageous in their individual calling. They are still very young, but they already have everything many souls seek: Tenacity, high-profile roles, fame, popularity, and limitless opportunities.

Remember, there are a lot more celebrities Like Wizkid, Davido, Lil kesh, Korede Bello, Kenny Blaq, who started as a teenager in their chosen and now successful career that is worthy of mention in this post, but because they are adults now i.e their ages have gone beyond 20 years, so we cannot list them here. We are only considering those kids in Nigeria that are making waves in their individual careers that is still under the age of 20.

See Also: 20 Richest Actresses in the World 2020 and Their Net Worth

However, our List of Current Top 10 Celebrity Teenagers in Nigeria 2020 will only start and end with those popular Kids in Nigeria whose age falls within the age bracket of 13-20 years, any age out outside that is considered as an adult.

We present to you Top 10 Celebrity Teenagers in Nigeria 2020 today.

Emmanuella’s full name is “Emmanuella Samuel” and she was born on 22nd July 2010 in Porth Harcourt, she hails from Imo state.

She was only 6 years of age when she became super famous with her comedy skits, as produced by Mark Angel.

Emmanuella is an amazing child and the most popular in our list of Top 10 Celebrity Teenagers in Nigeria 2019. She is a comedian, actor and a TV personality.

She has basically being featured in many number of TV programs a child, comedy shows plus her numerous comedy skit that generates millions of views on Youtube. I’m not sure if I should refer to this precious jewel as a teenager, because she is literally doing more than what an adult can do.

Emmanuella loves fashion, has taken a fashion design course and makeup inclusive and her funny personality has opened and still opening doors for her.

Tope Adebisi is an exceptional child, he is known on instagram as @intelligenttope and one of the most smartest kid in Nigeria, the evidence of which is can be widely seen from his comedy skits on instagram. Tope started off like play with his elder brother @oluwadolarz and now the comedy have paved a way for the young boy.

He is very popular in Nigeia right now with about 106k instagram followers. Just take a look at some of his comedy skits. 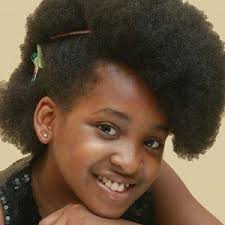 Amarachi is another sensational kid, a model, singer and dancer. After Amarachi Uyanne won a television talent contest, she became one of the most famous Nigerian dancers and violinists. In the same 2012, she became the youngest millionaire in Nigeria.

Amarachi Uyanne continues to improve her playing skills on the violin and has a lot of dance training to become even better. She likes to sing and even recorded a single in 2013.

Success another amazing child from markangel comedy, she is so smart and talented, she have being features in hundreds of funny comedy skits you may have seen making rounds on youtube and instagram generating thousands and millions of views.

@auntysuccess is not alright 😀😀😀😀😀 this video is very funny

The future star of tennis began playing when she was only four years. It was overseen by the no less famous tennis players who is also her father, Eddie Edwards.

Last training session with my dad. Going to miss him. He always tells me I’m going to be great.

This is another kid worthy of mention in this list of Current Top 10 Celebrity Teenagers in Nigeria 2019. His intagram handle is @specialnedu with over 20.7k followers. He is specially known for his role as child that constantly receive a hot slap from his African mother (@iamdikeh) as a correction for simple mistake.

On a serious note, this boy is a real actor and highy talented. Judging by his age, skills and popularity on instagram as regards comedy skit, you will see that acting and comedy are his calling because he does them instinctively and we all believes that he will do more.

Michelle Aigbe is the daughter of famous Nollywood actress Mercy Aigbe, she was born July 21, 2001.

She is a model and she has modeled for Abike dominated, Topshop etc. This 19-year-old is another talent on my list of Nigerian teenage celebrities.

Divine Ikubor who goes by stage name “Rema” is currently the most Famous and Hotest Young Nigerian celebrity right now, but for a reason we placed him on number 7 spot. he is a hip hop rapper, Afro beats singer, songwriter, stage performer, recording artist and a model.

He is currently signed to Mavin Record’s by Don Jazzy. He was born in 2001 in Benin City, Edo State in the south southern part of Nigeria. His lates hit single title “Dumebi” is currently 7th most played music in Nigeria according to Boomplay. Rema should be 19 years old by now. He is very handsome, gifted, skillful, creative and talented. 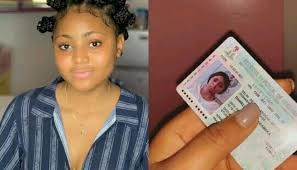 Regina Daniels is the top eight out of Top 10 Celebrity Teenagers in Nigeria 2020, Although she has out grown her mate.

This beautiful girl is the most famous teenage actress in Nollywood. Regina was born on October 16, 2000, in Asaba. She began her journey to the top of the film career at the age of seven.

Daniels has acted in many movies, she is the founder of Regina Daniels Charity Foundation. Regina is also a producer, she reportedly earns N500,000 per movie.

Meraiah Ekeinde is the beautiful daughter of famous Nigerian actress Omotola Jalade Ekehinde. She was born on the 7th of February 2000 in Lagos.

The girl quickly became famous thanks to her fashion blog. Now Mereiah is studying at a Fashion Institute in California, works as a model and has a big future of a fashion designer.

Her favorite colors white and blue quickly became popular among Nigerian youth. The young celebrity considers her mother a canon of beauty and style, so she tries to be like her in everything

“Everyone has talent. What’s rare is the courage to follow it to the dark places where it leads.” ― Erica Jong

These teenagers we have listed here are the real pride of this country Nigeria. Their fire is burning strongly and we hope that they will keep making us proud.

Start working on something you believe, keep believing and one day the doors you’ve been knocking all this while will open and you’ll be celebrated.

“Believe in yourself. You are braver than you think, more talented than you know, and capable of more than you imagine.” ― Roy T. Bennett.

Although Top 10 Celebrity Teenagers in Nigeria 2020 can change at anytime but we will also give you an update at right time.

Always check this page for information.

Kindly use the comment section below for suggestions and questions.

Afcon 2022 Round 16 Fixtures – Nigeria vs Tunisia Date and Time